Celebrating Whitney Houston: The Singer That Lives On

Celebrating Whitney Houston: The Singer That Lives On

Whitney Houston is a household name in music––crowned the most awarded female artist of all time by Guinness World Records––and this month we commemorate the eleven-year anniversary of her last release, I Look to You (2009), which she unveiled worldwide with single “Million Dollar Bill” on August 18, 2009. 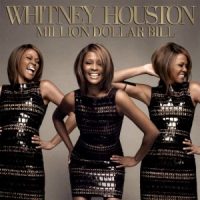 “Million Dollar Bill” is the last song she released before her death in 2012, forever searing itself into music history. The song was written and produced by singer-songwriter Alicia Keys. Rolling Stone described its up-tempo as possibly being “the fastest ever for Houston” and that the song “received a standing ovation setting the tone for much of the album.”  The song had a short-term career on Billboard Hot 100; it hung on at number 100 for one week before dropping out of the chart.

Every artist’s dream is to have their art transcend their lifetime, and for Houston, that dream turned into a reality: Houston has two posthumous duets, “Higher Love” and “Memories.” “Higher Love” was released in 2019 as a single by Norwegian DJ Kygo and features the vocal cords of a 27-year-old Houston recorded in 1990. “Memories” was a cover recorded by Malaysian artist Siti Nurhaliza in 2016 that featured a 19-year-old Houston recorded in 1982.

While her posthumous releases can evoke tears and nostalgia from Whitney fans, the singer had a musical career that expanded across the last several decades of her life:

Whitney in the 80s

The singer’s first single to go platinum was “You Give Good Love,” released in 1985. The song would be the first of countless Top 10 hits, peaking at number three on Billboard Hot 100.  It was released as the lead single of Houston’s debut, self-titled album. Whitney Houston was the first album by a solo female artist to include three singles that topped as number-one on the Billboard Hot 100: “Saving All My Love for You,” “How Will I Know,” and “Greatest Love of All.”

Whitney Houston was not the last the world heard of Houston in the 80s, the artist released a second self-titled album, Whitney, two years later. Trumping her first album, Whitney included four number-one singles––she was a trailblazer for female artists once again.

Whitney in the 90s

Houston entered the 90s with her third studio album, I’m Your Baby Tonight (1990). The album brought Houston her eighth number-one single on the Billboard Hot 100 chart, lead single and title track “I’m Your Baby Tonight.” The album went quadruple platinum in the U.S., and features funk and dance-driven pop music.

In a category of all its own, 1992 saw Houston propel to a new level with The Body Guard movie and soundtrack.   While the movie received 13 Golden Raspberry Awards, the soundtrack garnered such positive reviews to become the best-selling soundtrack album of all time, selling more than 45 million copies and winning the Grammy Award for the Album of the Year.   The album went on to break more records, which still stand today.  The #5 best selling album of all time and the number one album from a any female performer.

Houston took the longest break in her career from releasing albums during this decade, but eight years after I’m Your Baby Tonight, Houston released My Love is Your Love (1998). The new album was noted as the first to introduce elements of hip hop into Houston’s music. It was less successful in sales than her previous albums, but it was still considered a global hit.

The new millennium was welcomed by the release of Whitney: The Greatest Hits, a compilation of the singer’s greatest hits and four new songs, in 2000.

Houston released two albums before her last studio album I Look to You (2009), Just Whitney… (2002) and One Wish: The Holiday Album (2003). Both albums followed after Houston signed the largest recording contract for a female artist at the time, a $100 million deal with Arista Records in 2001.

Just Whitney… included three singles that peaked at number one on Billboard’s Hot Dance Club Play Chart: “Whatchulookinat,” “Try It on My Own” and “Love That Man.” The album features dance songs, R&B ballads, and R&B mid-tempo numbers.

One Wish: The Holiday Album was a Christmas album, the first and only of its kind in Houston’s musical career. It is her sixth studio album. The album features “The Little Drummer Boy,” a duet with the singer’s daughter, Bobbi Kristina.

In August 2009, Whitney’s last album was “I Look To You” with its first two singles “I Look to You” and “Million Dollar Bill” was released, which would end up being her final release.

our Artist profiles on Lady Gaga, Madonna, Kylie and others