English DJ and music-producer Curbi stopped by the Nexus Radio Lounge Miami during Miami Music Week 2019, to talk about his latest projects, his favorite country in the world, McDonald’s International menu and more!

Curbi, whose real name is Toby Curwen-Bingley has been captivating the streaming world with his melodic new single Spiritual featuring Brooke Tomlinson.

The Future-House DJ joined us for a quick chat during his first-ever Miami Music Week. This is Take 5 with Curbi.

Todd Michaels: Next is Radio, we are in the BPM Supreme-Nexus Radio Lounge here in Miami Beach during Miami Music Week. And I have Curbi in the lounge with me. Hello Curbi!

Curbi: Thank you, it’s the first time for me.

Todd Michaels: First time? There’s been a lot of first timers this time. This is about our fourth or fifth- kind of used to it, even though I always still come in and we’ll, look at you, you’re doing the same thing […] at least you have a short sleeve shirt on, I’m putting my sweater on.

Curbi: I usually walk around with a hoodie on to be honest. Last, like last time I came to America wore a Hoodie the whole time

Todd Michaels: Because you’re from?

Todd Michaels: From England. Oh, all right. We’ve got another English (lad) here too, one of our djs.His name is Adam [Turner]. All right, so what are you working on Curbi? What is 2019 looking like?

Curbi: I’ve got a lot of new music coming out. I’ve got one coming out on the 1st of April called Redeem, it’s more of a deeper sound for me. Very groovy, working on a lot of groovy stuff at the moment. I’ve got a lot of tracks which I’ve been working on the past like two or three years and hopefully going to release this year. A lot of shows, hopefully more shows in the U.S., I’m really hoping for that because I do a lot in Europe and a lot in Asia at the moment.

While a majority of European DJs list Japan as their ultimate favorite country to visit and play in, Curbi was one of a few, if not the only DJ we interviewed that ranked America as his favorite place to visit. “Oh, man, I love America. It’s Amazing!” he says. He credits the similarities between the two countries for this “it kind of feels familiar, because I’m from England, it’s like the same, but it’s not.” Todd Michaels and Curbi engage in a lengthy discussion about the best place to move to in The United States (sorry L.A., New York, Miami, and everywhere that isn’t Chicago).

Todd Michaels: Interesting. It’s interesting to see those two markets because a lot of people talk about traveling. So, where’s been your best place to travel so far that you really like going to?

Curbi: In terms of shows? Probably Asia and the U.S.

Todd Michaels: What would be a personal place?

Todd Michaels: Do you?! Interesting!

Curbi: Well, I think Asia is really cool for like culture, a whole different culture. Here it kind of feels like familiar, because I’m from England, it’s like the same, but it’s not.

Todd Michaels: Have you done any of the upper states? So like Chicago, New York?

Curbi: Yeah! I did Chicago. I haven’t done New York yet.

Todd Michaels: Oh, alright. What do you think of Chicago?

Curbi: I was only there for a day and it was really warm.

Todd Michaels: Weird, those things never come up about Chicago.

Todd Michaels: When you think of Chicago, no one ever thinks warm. You must’ve went in like August or something?

Curbi: Yeah, yeah yeah, around then. I can’t really remember.

Curbi: Yeah! No, but America’s great man. It feels very like home in a way.

Todd Michaels: Would you move here?

Curbi: Yeah, I hope to in the future.

Todd Michaels: Where would you want to move to [in] America?

Curbi: I would like to say L.A., but I don’t think that’s like a settling (down) place. I don’t know.

Todd Michaels: I don’t think Miami is either. You might have to go to Chicago!

Todd Michaels: I mean, we’re based there, so I’ll be your tour guide.

Moving to America is definitely a smart move for any aspiring musician, the U.S. is still largely considered to be the epicenter of music media. But life in America has its unique challenges, especially when it comes to fast-food.

Todd Michaels: What are some guilty pleasures that you’ve got in the sense of food when you’re traveling? What’s your go-to?

Curbi: Oh man. Yeah, let’s not even go into this […] this is really bad cause like when I’m home, I try to be as healthy as I can and last year I spent two months going every day to the gym, being really healthy and then I went to America. I went on tour in America for like two weeks and yeah. So, basically just McDonald’s, all the fast-food restaurants when I’m touring. Like, when I’m really hungry and hungover after a show day. I go straight to a fast-food restaurant.

Todd Michaels: What’s here? What food or fast-food that we have here that you don’t have in London that you really enjoy?

Curbi: I’m not sure about Miami, but in L.A., In-N-Out (Burgers) obviously, that was amazing!

Todd Michaels: Here’s a question for you, when I travel I tend to skip the places I can get here at home. However, Mcdonald’s is the one place I don’t mind going (in other countries). It’s a little healthier, you guys have real potatoes over there.

Curbi: Yeah? You think so?

Curbi: I don’t believe that.

Todd Michaels: The look that you just gave me was like ‘Wow! That’s not true.’

Curbi: But what I’ve noticed is that the menu’s different wherever you go. I had McDonald’s in South Korea and the menu was completely different.

After a lengthy discussion about McDonald’s international menu, the focus then turns to one of America’s favorite Canadian imports: Justin Bieber.

Todd Michaels: What would be a guilty pleasure where (your friends) are hanging out with you and all of a sudden you turn this tune on and you’re just like, ‘Yeah! This is my jam!’ And they’re like What?

Curbi: Oh yeah! I don’t know. I like everything to be honest. Justin Bieber is a legend mate. I’m feeling a little bit guilty.

Todd Michaels: Yeah, something mental, he’s taking some time off. But yeah, he’s my guilty (pleasure), he’s usually my go-to. As much as I can diss on the guy, I kind of like his music.

Todd Michaels: Especially when he worked with Skrillex and he was doing all that other Jack U stuff.

Curbi: That changed (everything) completely! I didn’t really like his stuff before, I mean ‘baby’ is a Banger but yeah man. His stuff is great now.

Todd Michaels: What about, who would you want to work with? Who would be like a dream collaboration?

Curbi: Skrillex, Post Malone. Actually, I think all of the U.S. (EDM) Guys. I would also like to work with some Dubstep guys and like make a fusion between my sound and Dubstep. So like, I don’t know if you know Space Laces? He worked with Excision, GTA, love those guys. Yeah, but Post Malone, if we’re going outside of EDM and like dance music- I’d be Post Malone.

Todd Michaels: What would that collaboration hopefully be called? What would be a nice little title that you would give it?

Curbi: I would just keep it simple. Something like ‘Swag,’ because Post Malone says ‘swag’ a lot.

Todd Michaels: That would be good- Swag featuring Curbi. That would be nice. What’s a song out there that you think should not exist anymore?

Curbi: I mean it is a Banger! But it’s too much. When it comes on it’s just like ‘Ugh! Again? Really?

Todd Michaels: I mean, I’m not going to agree to disagree. I have history with that song! Like, it brings back memories.

Curbi: Ok it was then, but I was like three or something.

Todd Michaels: Yeah, you were just a little like (kid) …not doing that.

Want to know Curbi’s reaction if he’d ever meet his two idols Post Malone and Ariana Grande? Listen to the full interview below! 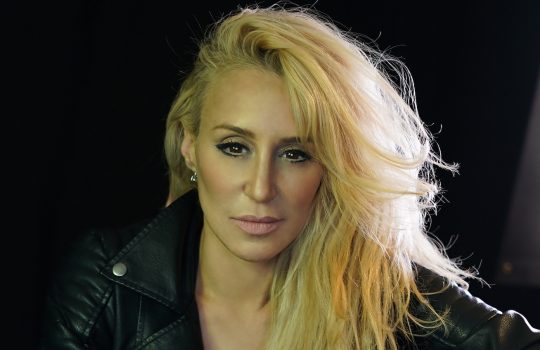 It’s All Or Nothing With The Legendary Jes

This week at Nexus Radio, we had the pleasure to be joined by the fantastic artist, singer, songwriter, DJ, and all-around inspiration Jes.https://www.youtube.com/watch?v=u1s4Gu7KS0Q Who Is Jes? Jes is an international 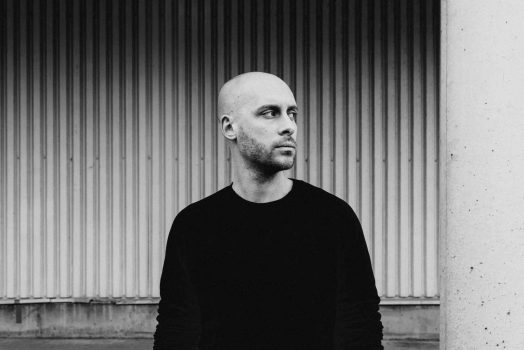 Maxim Lany is at His Best When He is Fully Unleashed

Maxim Lany has steadily garnered attention as a familiar face in the Belgian Melodic Techno scene, a regular on the Armada Electronic Elements label, and an exclusive Armada Music signee.

Manage Cookie Consent
To provide the best experiences, we use technologies like cookies to store and/or access device information. Consenting to these technologies will allow us to process data such as browsing behavior or unique IDs on this site. Not consenting or withdrawing consent, may adversely affect certain features and functions.
Manage options Manage services Manage vendors Read more about these purposes
View preferences
{title} {title} {title}