With coronavirus striking full-force and the implementation of social distancing measures, many in-person activities have been canceled or moved online. Some found the switch to virtual easier, such as online schooling or working from home. Other event organizers, such as those in charge of the best EDM festivals across the world, have a much bigger challenge ahead of them.

How do you hold a weekend-long festival online, when the whole point is to experience your favorite artists live? There is no direct equivalency to make up for the loss of feeling the bass in your chest as sweat drips down your forehead from raving too hard. However, these organizers refused to take “no” for an answer. Here are three virtual EDM festivals you can attend, while still getting as much of an authentic experience as possible.

This Midwest festival may have already occurred — it dominated the July 4th weekend — but it’s still worth mentioning, as it’s a perfect example of how music festivals can be held virtually. According to the Chicago Sun-Times, 22 artists made appearances virtually, with headline performances from Shiba San, Claude VonStroke, and more. Festival attendees still had opportunities to engage in the classic experience with exclusive merchandise for sale and virtual meet-and-greets with their favorite artists. It may not be perfect, but Spring Awakening set the bar incredibly high in terms of authenticity. The only thing missing is the long lines and port-a-potties.

Insomniac might not ring a bell for you, but their annual Beyond Wonderland festival likely does. The live events company was forced to cancel this year’s extravaganza due to rising numbers of coronavirus cases, but they were quick to come up with a solution. They began a series of Rave-a-Thons, hosted from the company’s headquarters. Viewers can tune in to the live-streams to see their favorite artists perform impressive sets, all from the comfort of their home. Insomniac also hosted parties on the platform Zoom, where fellow fans could gather and connect with one another while still following social distancing rules. According to the Press-Enterprise, over 58 million viewers have participated in the Rave-a-Thons!

However, no festival could top the extremities of the virtually held Tomorrowland, one of the biggest EDM festivals in the world. The original festival began in Belgium but now sets up in various countries, spans two weekends, and sells out in a matter of minutes. Fans across the world were heartbroken when the organizers of Tomorrowland announced that this year’s event would be canceled due to coronavirus concerns, but they had no idea what the creators were planning behind the scene.

Along with virtual performances from top names like Martin Garrix and Steve Aoki, organizers went as far as to create a virtual island — entitled Pāpiliōnem — for the festival to be held on the weekend of July 25. The island is described as being in the middle of the ocean and long forgotten, according to We Rave You. Festival-goers will be able to actually navigate through the virtual island on their devices while watching their favorite artists perform on eight different stages. The best part? Tickets for the virtual Tomorrowland will only run you back $20, putting way more back into your savings for next year’s festival.

Benny Benassi and His Genre-Defining Track “Turn Me Up”

It’s easy to know what a timeless dance track sounds like as soon as you hear it. Benny Benassi’s “Turn Me Up” means pulsating electro beats, a catchy hook, heart-stopping 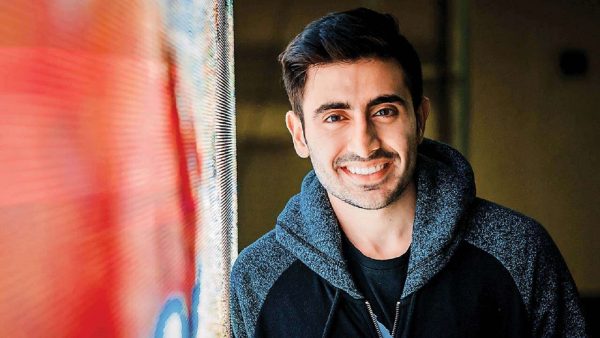