“Kylie Christmas” Has Come To Town

“Kylie Christmas” Has Come To Town

If you’re looking for a little sass with your Christmas cheer, Kylie Minogue has got you covered. Her thirteenth studio album (and very first holiday album), “Kylie Christmas” just came out on November 13th.

The album is a mix of traditional holiday songs, such as “It’s the Most Wonderful Time of the Year” and “Let It Snow,” and also a few originals, such as “White December” and “Christmas Isn’t Christmas ‘Til You Get Here.” The deluxe version comes with three additional original tracks, including “100 Degrees,” which Minogue sings with her sister Dannii. But don’t worry if you can’t tell the sisters apart; Kylie revealed to News.com Australia that “even our parents can’t tell us apart on the phone.”

“Kylie Christmas” was actually a bit of a surprise, even to Minogue herself. “I mentioned a Christmas album to people, but I said I assumed I’d be too late to do it this year, so maybe next year,” she said. “But people said ‘Why not this year? It’s perfect timing’. So we just hustled. It’s been tinsel ever since.”

“100 Degrees” was one of the first tracks on the album to be recorded, and it’s about how Kylie misses the hot weather Australia gets during the Christmas season, since December is in the middle of summer in the Southern Hemisphere. But she also wanted it to be a fun track to dance to: “I don’t think there’s enough party Christmas songs,” says Dannii. “Everyone has Christmas parties but what music do you put on? Thank God for Mariah, but we need a disco Christmas song and Kylie’s put that on the map.”

But her sister is not the only duet on the album- Minogue also collaborated with James Corben on “Only You,” Iggy Pop on “Christmas Wrapping,” and an old recording of Frank Sinatra on “Santa Claus is Coming to Town.” Additionally, “Every Day’s Like Christmas” features some whistling and a bit of back up vocals from Coldplay’s Chris Martin, who also wrote the song.

Recording the album was a great time, says Minogue. “I was in the studio with the orchestra and with the choir,” she recalls. “Every day there was much excitement; I was like a child on their birthday with too much fairy bread. I was totally and utterly in love with the project. I think you can hear that. It all sounds quite right. Now is the time for a Christmas album from me; it feels grown up enough and traditional enough but there’s still little flirty, sassy moments on it.”

“Kylie Christmas” is available to listen to and purchase. Take a look at the track listing below:

1. It’s The Most Wonderful Time of the Year
2. Santa Claus Is Coming To Town (feat. Frank Sinatra)
3. Winter Wonderland
4. Christmas Wrapping (with Iggy Pop)
5. Only You (with James Corden)
6. I’m Gonna Be Warm This Winter
7. Every Day’s Like Christmas
8. Let It Snow
9. White December
10. 2000 Miles
11. Santa Baby
12. Christmas Isn’t Christmas ‘Til You Get Here
13. Have Yourself A Merry Little Christmas 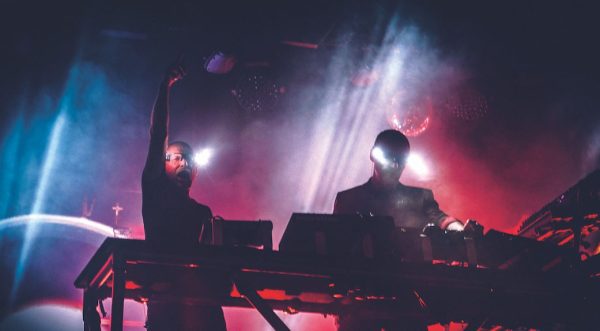