Nicky Elisabeth is an artist on the rise. Nicky first started working as a marketing adviser for various music organizations in Holland, but as her passion for music evolved, Nicky began to Deejay and delve into music production.

In 2019, Elisabeth was hand-selected by “Making Moves in Music,” an organization that empowers female artists in the music industry as their very first candidate! Nicky joined us during Miami Music Week 2019 to discuss her latest projects, her upcoming shows, her favorite artists and of course, to take the ridiculous Nexus Radio TAKE 5 quiz. 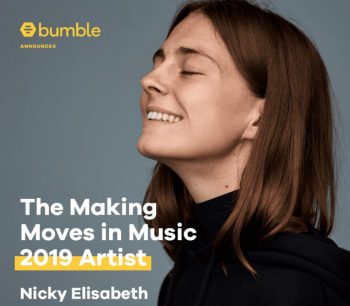 Dayanna: You’re a superhero, but you could only choose one of three abilities: I’m going to tell you which three you can choose from; One, you can predict when someone’s about to fart; Two, you can tell someone got a new haircut; Three, you can glow, but not in the dark. Which do you choose?

Nicky Elisabeth: Well, I think I can already see when someone got a new haircut, so that’s probably not going to be it. To predict when someone is going to fart is pretty funny […] and also, you’ll know [who], when people say, ‘who did it?’ The glowing part is kind of Nice […] I think I would probably go for the glowing because I never wear makeup, but if I could glow without really doing anything that would be kind of Nice. Also, I’m always in the studio or like I’m always inside, so I’m as Pale as can be. So, if I could glow then I could at least give myself a little bit of a tint [laughs].

Speaking of glowing people with superhuman abilities, Nicky’s science-fiction-themed club night OPAL and her residency at De Marktkantine, has made her a staple at one of Hollands biggest and most important venues.

Nicky Elisabeth: I got a residency at the De Marktkantine and De Marktkantine, as you hear it, it’s not a club in the U.S. It’s in Holland, more specifically Amsterdam. Right now, it’s probably the biggest club in Amsterdam. Carl Cox played there not long ago and Tale of US and Maya Jane Coles, pretty big artists [in] the underground scene. I got a residency there about a year ago, so I play there every couple of months. I also have my own club night there […] it’s called OPAL, it has a theme- the theme is science fiction.

Dayanna: Oh, that’s so cool! Do people dress up?

Nicky Elisabeth: Yes! Last time my dad [attended] and he looks so much like Harrison Ford, it’s insane. So, I said ‘Dad, you have to be Han Solo’. And he was like ‘Okay, okay, I’ll try.’ During the middle of the night he came up to me, he’s like ‘Nicky, people recognize me!’ I’m like, ‘Yeah, because you look exactly like him.

Nicky’s dad has officially become DJ Nicky Elisabeth’s number one fan, but her dad comes from the business world and he wanted her to follow in his path. She expressed that early-on when she was still in school, her dad tried to steer her into economics, and had he had his way back then, Nicky would “probably be running his business right now.”

Dayanna: So, you would’ve been an economics professor?

Nicky Elisabeth: Yeah, if it was up to him.

Dayanna: Well, you can do all the parties for his business then?

Nicky Elisabeth: Yeah, but now that I’ve really started working on music, he’s super supportive and he’s calling me every day saying ‘I’m so happy for you!’

Things haven’t been easy for Nicky Elisabeth as a woman in music. She expressed that “making it” in the business as a woman has been a very personal challenge for her.

Dayanna: What would you say has been the greatest challenge for you, whether on a personal or career level within this industry?

Nicky Elisabeth: I think it’s a very personal thing. I never actually thought I would be able to get here. I never thought I would be talented enough or musical enough or have the strength to pull through. But now after years, I’m finally here. So, it’s really finding that part where you believe in yourself, truly believe in yourself and realize you can accomplish anything if you just pull through and work hard.

Dayanna: That’s amazing! I’m glad you did because you’re awesome and I’m so looking forward to seeing everything else that you got for us!

To learn more about Nicky Elisabeth, including who her favorite DJs and artists are, where she gets her music inspiration from, how she feels about playing Mysteryland main-stage and Ultra Music Festival for the first time ever! And much more, listen to the full interview below! 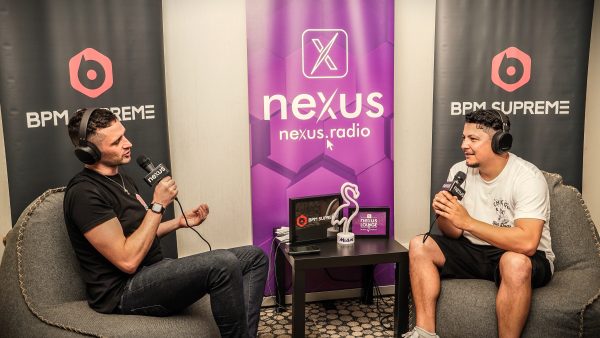 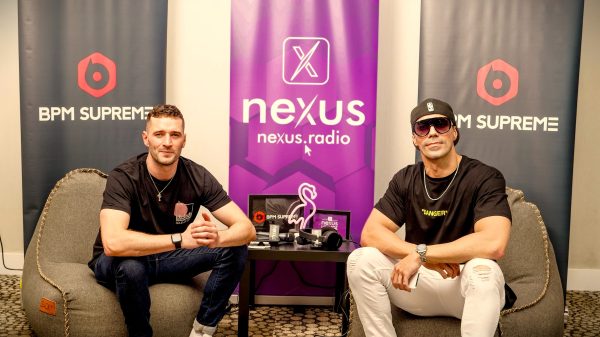