Rising Dutch DJ-producer act The HIM joined us at the Nexus Lounge Miami during Miami Music Week 2019, to talk about their latest singles Tell Your Friends and Unstoppable, their favorite emojis, 5 travel essentials and more!

Jeroen and Steven have been slowly building their music catalogue, working with artists like Jay Hardway, Sam Feldt and singer-songwriter James Pearsons to produce the melodic, dance-radio friendly tunes like “Nothing On Us,” “Broken Love,” “Tell Your Friends,” “By Your Side” and more. This is TAKE5 with The HIM!

Adam Turner: This is Adam Turner here at the Nexus Lounge at Miami Beach and I’m joined by The Him. How are you guys?

The HIM: Yeah, the weather is nice. The people are friendly. We played one show already and the vibe was awesome man!

Adam Turner: What show did you play?

The HIM: We played yesterday at Spinnin Sessions.

Adam Turner: Oh cool. How was it? I was meant to come to that one, but I had to sleep.

The HIM: Yeah, it’s important to get a little bit of a rest, but it was fun.

Adam Turner: I’ve got a crazy schedule for the next couple days. I was like, I need to get some sleep in now and then I’ll be good for the rest of the week. Are you playing any more shows while you’re here?

Adam Turner: Okay, cool. I’ll look out for them. So let’s just jump straight into your five questions I got for you guys. So speaking of five, what a five essential things that you carry in your DJ bag?

The HIM: Oh, in our DJ bag? Our laptops, our USB sticks, our headphones, earplugs. and the one more..

Adam Turner: Is there like one really crazy thing that you always carry with you?

The HIM: Crazy thing. To be honest, we don’t have a lot of crazy things. Maybe our sound card. Yeah, we have a (portable) sound card and like a midi-keyboard in the backpack as well.

Adam Turner: Everything! Wow! Okay. Individually, what is your favorite Emoji?

The HIM: For me the heart with the blinking stuff around it.

Adam Turner: Oh, you’re the first person to say that, I like that one. You must give a lot of love out [laughs].

Back To The Future

Adam Turner: Oh, like he’s thinking. I literally I just type in ‘Hmm’ and I get that one. If you guys had a time machine, which decade would you go back to?

Adam turner: That was very specific.

The HIM: It has my birthday. My birth year.

Adam Turner: So, what is it about the 80s that you’re into?

The HIM: I don’t know, man. I like the beginning of the like the House-Music (scene). A little bit of the vintage stuff.

The HIM: Can I go to the future too?

Adam Turner: Yeah. Why not? Where do you want to go?

The HIM: I would say like 300 years into the future. Because then everything is already going to be so freaking crazy, but just still (have enough knowledge) of what’s going on […] but that’s also a bit of a risk because if the world doesn’t exist anymore…

Adam Turner: You can always come back. It’s fine. It’s good. So, on Instagram, who do you guys stalk the most?

Adam Turner: Wow. Okay. And do you have one?

The HIM: I actually don’t do a lot on Instagram to be honest.

Adam Turner: Okay, that’s fine. That’s good. Last one in the Take5. I guess for either of you, if you didn’t get music, what do you think you guys would be doing? Which career path would you be heading down?

The HIM: I’d probably be like a programmer or something. I like doing that in my free time […] I’m a bit of a geek.

The HIM: I was thinking about it [this] question last night and I think I [would be a] Pro Gamer, man. I love gaming! Counter-Strike (Video Game) or…

Adam Turner: Okay, nice. Like a full-time pro-gamer. I didn’t even know that was a thing, but it’s a thing. That’s good to know.

The HIM: Nowadays, it definitely is. Yeah, it’s huge!

Adam Turner: Do you get time to game anyway while you’re making music?

The HIM: No. It’s really a hard man, like (most of) our time is for working on projects for The HIM. So yeah, maybe when I’m 60 years old, I’ll have a little bit of time to game.

The HIM: We’re constantly working on new music (Unstoppable). I think that’s one of the main goals that we’re working on. But next to that, we’re really looking into getting some merchandise going, we’ve been working hard at that.

Adam Turner: Oh, will you send me some?

The HIM: Absolutely! Now, […] we’re trying to do some other funny things on the side as well like recording some videos, we’ve been thinking about that and just explore more territories that we could (dive) into.

Adam Turner: Amazing. Guys, have a great Miami. Thank you for joining us in the Nexus Lounge and I will see you soon!

The HIM: Thank you so much. 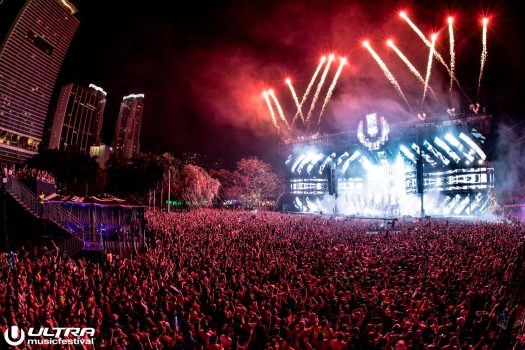 Ultra Music Festival, a party as glamorous as the city where it was born, welcomes the top DJs, electronic, and dance artists from all over the world to Miami. The 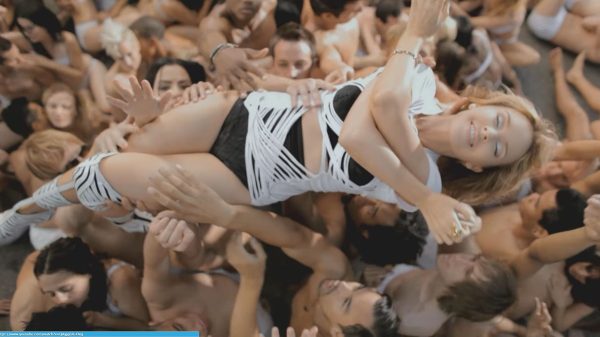 Two in One: “All The Lovers” as a Homage to LGBTQ People and a Fun Dance-Pop Hit

Don’t let your skeptical pals convince you that music is no longer fascinating. If the music made in the 2010s is any indication, it was a transformational decade. It did