Tomorrowland is notorious for its excessively large lineups. Last week Tomorrowland announced the stage hosts for its 2017 edition to be held at Boom, Belgium. The list of stage hosts is spectacular with Steve Aoki’s Dim Mak, Armin van Buuren’s A State of Trance, STMPD Records Stage, Robin Schulz & Friends, Toolroom Live, Trance Energy, Elrow. Now Tomorrowland have announced the first round of artists who will be performing at the 2017 edition, and the list is EPIC !!

Tomorrowland announced the first artist for their Daybreak Sessions, generally sets that begin at noon and last approximately three hours. These slots usually go to more well-established acts, giving them an interesting opportunity to show off their flexibility and perhaps show the crowd a different side to their music.This year’s first artist at Tomorrowland is Carl Cox. Tomorrowland has revealed that Carl Cox will play a 3-hour set on the first day of the festival.

You can see the teaser tweet that revealed the news below.

If the stage hosts and the first line of artists are anything to go by, there is going to be A LOT of amazing music this year over the two weekends of Tomorrowland.

The tickets go on sale to the public on February 4, but if you pre-register here (https://register.tomorrowland.com/) you can try to buy tickets this Saturday (January 28). The weekend tickets cost €225. 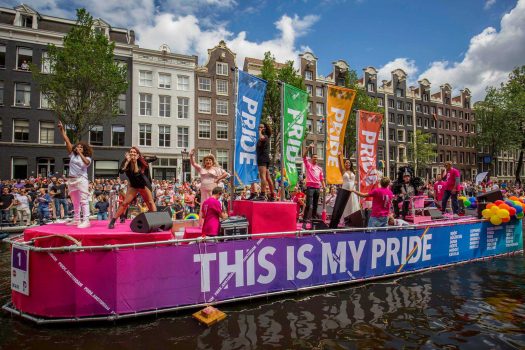 Igniting Change: The Revolutionary History of Prides Around the World

Pride celebrations take many forms worldwide, from parades to parties to protests. Hundreds of independent Pride events have popped up globally since the beginning of the modern LGBTQ+ liberation movement