This last weekend, Halsey went and deactivated her Twitter account completely. With no statement, the world is left to wonder why. Some people feel that there was no reason behind it because there was no explanation for it, however it seems clear that there are several contributing factors.

Halsey has always been open about her negative feelings towards social media. The fact that she is bipolar and attempted suicide at age 17 is also no secret. In an interview with Billboard, she says, “I was an adolescent; I didn’t know what I was doing. Because I was 17, I was still in a children’s ward. Which was terrifying. I was in there with 9-year-olds who had tried to kill themselves.” One of the factors of her diagnosis with bipolar and attempt at suicide as a teen was that she felt constantly bullied in school– surely something that contributes to her displeasure with social media which can often act as outlets for cyber bullies.

She recently had an incident with fans that sent tons of people up in arms. Halsey became overwhelmed when she had fans asking her for autographs and yelling at her for ignoring them. The singer became upset by this, saying “please don’t be mean to me,” as she let her fans know that she was incredibly busy and did not mean to be ignoring them, and that she was coming back. In the video clips, she seems frazzled and upset, but rightfully so.

But, these are all just a part of the reason. They are contributing factors that combine to make everything make sense.

Kehlani, R&B singer, attempted suicide this last weekend due to an Instagram post from her ex that sent the internet buzzing and ready for bullying. She was called a cheater, a whore, a hoe, and many other horrible things. It was reported that Kehlani was hospitalized several hours after the post went viral, spreading all over the internet.

Of course, as any decent human being would, Halsey supports Kehlani in this trying time. However, Halsey found herself being attacked with many people criticizing her for being met with a positive reaction to opening up about her mental health, whereas Kehlani is being viciously attacked. Yes, it is messed up, but why blame Halsey for that? It isn’t something she can control.

Before Halsey’s Twitter disappeared from the face of the earth, she made a Tweet saying, “Come on now. I support Kehlani 111110% but Twitter obsessively tells me that I should have gone thru [and] killed myself,” as well as, “Why are you turning something as serious as mental health into a competition? Low-key misogynistic.”

Halsey does have a good point there…. It’s too bad that these bullies can’t see how much they are hurting real people who are suffering from mental health problems like Kehlani and Halsey. 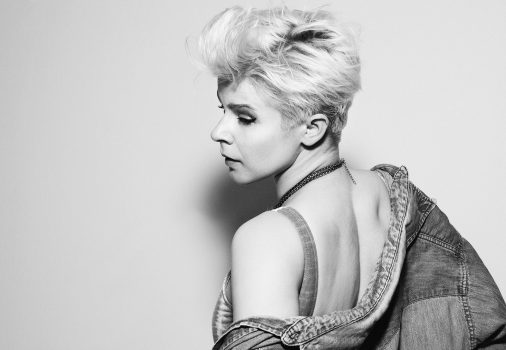