San Diego music producer Caden Jester began making music when he was just 10 years old. Dabbling with ‘Garageband’ and recording his own vocals using the built-in microphone on his computer, he went on to release his first E.P. on iTunes when he was only 14 years old.

These days, Caden is making a name for himself on YouTube, where his collaborations are garnering worldwide attention. Get ready to hear more from this up-and-coming Gen-z producer.

Hi Caden, tell us about your latest project.

I started Vacant Love about a year and a half ago in my home studio in San Diego. It was sitting around forever without any vocals and I was just waiting to find the right vocalist. A few different vocalists tried some stuff but I wasn’t too happy with them. Fast forward about a year and I met Blake Rose through my manager. He flew in from Australia and we met up in a studio in L.A. We went through a bunch of instrumentals I had and we decided to work on that one. We wrote the first verse and chorus in a couple hours and recorded a pretty rough version of them. A few weeks later he sent back the second verse and the final version of the first verse and chorus. Once I put together all the pieces, I knew we had a hit.

What is the craziest thing a fan has ever done for you?

Honestly, I’m not really in the stage of my career to have had fans done crazy things for me yet… I hope to get there sometime soon though lol. Recently, I saw someone took one of my pictures off Instagram and used it as their profile picture and I thought that was pretty hilarious because that’s never happened to me before. When I saw that, I went to his page and liked his most recent picture, and a few minutes later he followed me and changed his profile picture back.

When producing, what comes first, vocals or beat?

99% of the time I start with the beat, but sometimes I get a top-line (vocal) from a writer to work from instead.

Who is your music idol?

I have so many, it’s really hard to pick, but I absolutely LOVE Daniel Cesar and Disclosure.

What do you want to be remembered for?

I want to be remembered, obviously, for my music, but I want it to be timeless and hopefully have an impact on generations after me. I want to built a platform from my music and use that to spread positivity to everyone.

Retraction: a previous version of this article misstated Caden’s age as being 18. Caden is 20 years old. 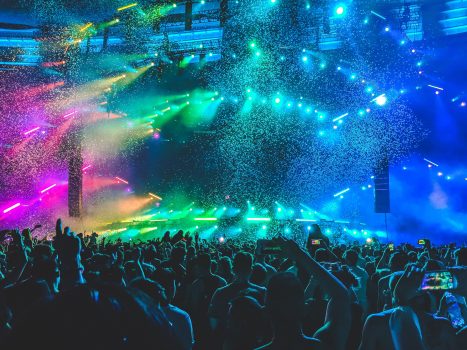