Kylie Minogue, Australian-British singer and songwriter, has just released a new single, “Say Something,” as a prelude to her new album, Disco, which she announced earlier this week. The album will be out on November 6. Typical of Minogue’s musical style, this album will be disco pop.

This album follows Golden, which was released in 2018. Kylie Minogue has an extensive musical career, stretching over four decades; Disco will be her fifteenth album.  Here’s a look at Kylie throughout the years.

Kylie Minogue won the 1995 Best Video award at the ARIA Music Awards for her hit single, “Put Yourself in My Place.” from her 1994 namesake album. Her song “Where is the Feeling?” from the same album was considered her least popular single at the time, but still managed to become a Top 20 hit in the UK.

kylie minogue in the early 2000s

Kylie Minogue didn’t waste a second: her next album, Fever, was released the following year. The album went platinum in both Australia and the UK. Like Light Years this album featured a hit lead single, this time called, “Can’t Get You Out OF My Head,” which won Single of the Year at the ARIA Music Awards.

Kylie Minogue’s career was set on pause after the singer was diagnosed with breast cancer in May 2005. A two year hiatus followed.

The singer came back stronger than ever with a tenth album numerically titled X. The album features “2 Hearts,” a cover of Kish Mauve’s “Two Hearts.” The two artists later collaborated to produce “Lose Control.”

Following X, Aphrodite was the singer’s debut into the last decade. The album’s lead single is “All the Lovers,” one of the last songs to be produced for the album. It became a Top 10 single in the UK; The album’s other singles, “Get Outta My Way,” “Better than Today,” and “Put Your Hands Up,” did not make it onto the same list but all managed to land a spot in Billboard’s Hot Dance Club Songs chart. 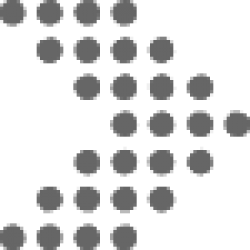 Kiss Me Once (2014) was the album that followed Aphrodite. The four year gap between the two albums is the longest gap in releasing albums in all of Minogue’s extensive career, asides from her hiatus. It was widely considered Minogue’s return to contemporary pop music. Its first single, “Into the Blue” peaked at the top of Billboard’s Dance Club Songs chart.

Kylie Minogue’s last album was Golden (2018), a pop record with strong hints of dance and country.  Due to it’s cross-over potential, according to reviews, the lead single, “Dancing” has been described more than once as Minogue’s best single to date.   While it may not make the top of our lists, it does give us flashback to Avicii.

Golden received generally positive reviews from critics, and many highlighted the honesty and personality that shined through the lyrics. This is uncoincidental: Golden is the first album since 1997 where the singer co-wrote each track. The album sets a high bar for Disco to meet later this year.